I am here soaking up the local TG culture …

As you might know, Thailand is considered the transgender capital of the world. The “third gender” is an accepted part of Thai society and transgenderism is everywhere – from TV celebrities, to transgender flight attendants, to foreign and Thai transwomen seen all around town.

It is SUCH a refreshing change from the U.S.!

Here are a few highlights from my trip:

I LOVE traveling and I want to encourage you to plan your own femme getaway.

It’s doesn’t matter if you travel across the world, to a transgender conference, or simply to another city in your home state … traveling is the perfect opportunity to unleash your femme self away from the routine and expectations of home.

Here are 3 reasons why I think traveling is important – especially for crossdressers and transgender women:

1. Traveling gives you an opportunity to reinvent yourself

Nobody knows you and nobody will ever see you again, so you can literally be whoever you want to be.

2. Traveling is the ultimate rut buster

Does life feel like the same old, same old? Traveling exposes you to new experiences and gives you a fresh perspective on life. (And who can’t use that?)

3. Traveling teaches you to go with the flow

Most trips (like your own femme journey) are full of unexpected surprises. Traveling teaching you to go with the flow – and enjoy the experience.

So, do you travel en femme?

I’d love to hear about your femme travel adventures (or travel dreams), so please share them with me in the comments section below! 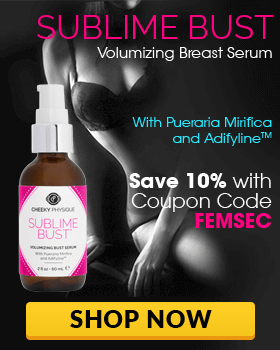